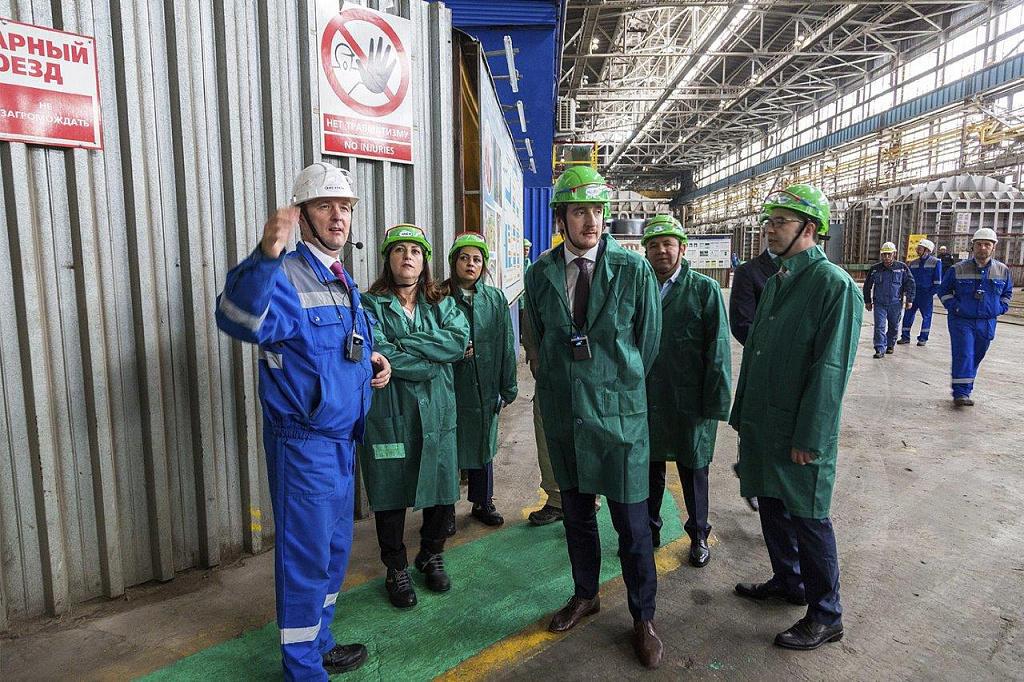 VIZ-Steel (part of NLMK Group) has played host to a delegation from the Ministry of Trade of the Republic of Turkey headed by the deputy minister of trade Mrs. Gonca Yılmaz Batur. The Russian party that met with the delegation included the minister of Industry and Science of Sverdlovsk Region Mr. Sergey Perestoronin, the head of the Metallurgy and materials department of the Russia’s Ministry of Industry and Trade Mr. Pavel Servatinskiy and other officials.

During the visit, the parties exchanged views on the prospects for developing trade and economic ties between Russia and Turkey and the development of industrial cooperation. Opening a business section of the meeting, NLMK Group representatives emphasized the importance of developing the Russia-Turkey relations in the spirit of cooperation and restriction-lifting amidst instability and increasing protectionism in the global market.

Earlier this year, the Russian Union of Industrialists and Entrepreneurs recommended that relevant government agencies consider signing a preferential trade agreement between Russia and Turkey, which will allow the countries to liberalize trade and will help boost bilateral trade turnover.
Turkey is one of the Russia’s key partners, trailing only EU and China by trade balance. At year-end 2018, the Russia-Turkey turnover rose 17% to reach over $25bn.

The guests were taken on a tour of VIZ-Steel's cold rolling shop to show them the efficiency of the Russia-Turkey partnership. They learnt first-hand about production of grain-oriented steel – one of the most complicated types of metal products. Turkey is a strategic market for high-tech products of NLMK Group. In 2018, the company’s grain-oriented steel shipments to Turkish power plant engineering companies rose 50% to reach about 23,000 tons.

Our company uses cookies to analyse and improve the user experience. Continuing working on our site, you confirm your consent to use cookies files. Press “Allow” button to hide this message.

Principles, purposes and rules of processing your personal data as well as information on the measures taken for their protection can be found in NLMK’s Policy related to processing and protecting personal data.

You can forbid saving cookie in the settings of your browser.