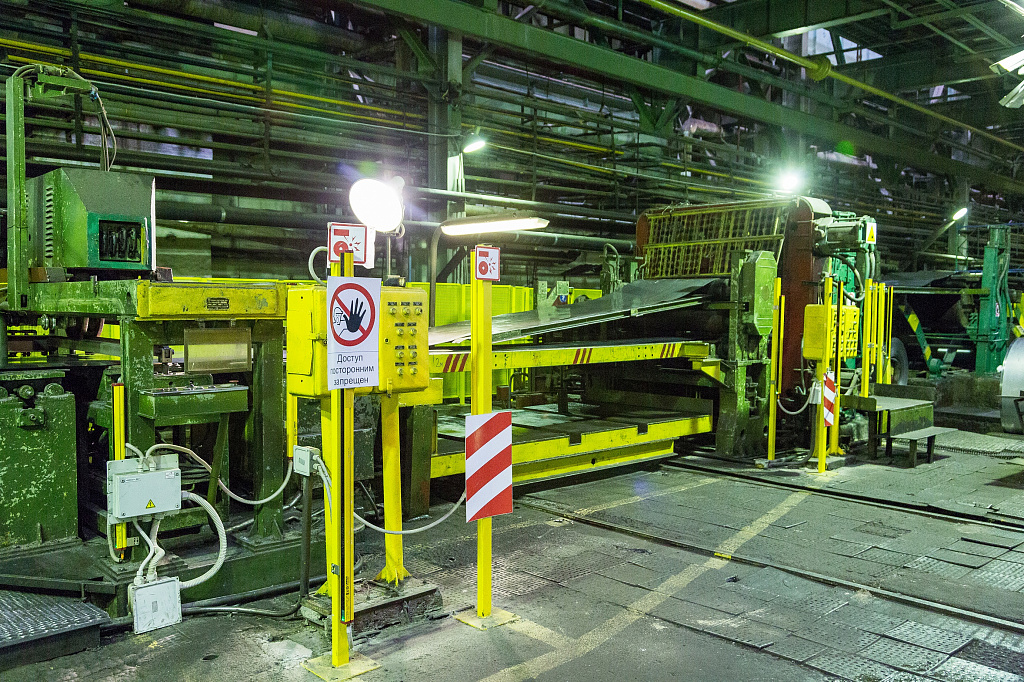 By the results of the all-Russian competition "Protecting professionals", the VIZ-Steel (member of NLMK Group) project of production line access control for the protection of employees from industrial risks received an incentive prize for an interesting practice and useful experience in improving labour protection.

The competition was established by the scientific and technical publication "Modern Machine Building" and sponsored by the Ministry of Labour and Social Protection of the RF and the Interregional Association for promoting safe working conditions "Etalon". 214 projects of companies from over 100 cities of Russia were presented to the jury. Ten of them reached the final, including the VIZ-Steel project.

VIZ-Steel has been using the advanced technology of automated access to production lines, which eliminates the influence of human factor on the production safety, since 2015. The system includes two levels of protection. At the first level, unauthorized access to a dangerous area would trigger the sound and light alarm. If the actions continue and there is a real risk of injury, the second level of protection would activate, and the blocking equipment would force the production line to stop.

Currently, VIZ-Steel has equipped four lines of thermal units with machine enclosures. In 2020, the company plans to implement its advanced technology on 180 local elements of cold rolling shop equipment, thus eliminating the risk of injury to employees, which could be caused by unauthorized access in the identified potentially dangerous areas.

This website uses cookies so we can provide you with the best user experience possible. You can find out more about which cookies we use, or switch them off by clicking ‘Settings’. Here, you’ll also find links to Cookie Policy and Privacy Policy, which explain how we process your personal data. Continuing working on our site, only necessary cookies will be installed. Please note that you can withdraw your consent at any time.

Principles, purposes and rules of processing your personal data as well as information on the measures taken for their protection can be found in NLMK’s Policy related to processing and protecting personal data..

Continuing working on our site, only necessary cookies will be installed.

If you don’t agree with the use of such cookies, you can set up your browser to limit or exclude their use. Your browser may provide you with information and control over cookies. You can set your browser to alert you when a cookie is being used, and accept or reject the cookie.